During a permaculture event--staring Sepp Holzer--at Sage Mountain Center in Montana, Paul Wheaton was invited to come and talk about permaculture for an hour. Paul answered multiple people permaculture questions. Here's the summary from the youtube description:

The beginning of this video shows Sepp Holzer giving me an award for .... I dunno, doing whatever it is that I do. At the very end of the video that part is continued a little bit as we sorta joke about this nutty award.
Sepp was at Sage Mountain Center in Montana. About three hours from me. And I was told to come out as Sepp wanted to have dinner with me. And they asked if I could give a talk for about an hour. There was some debate on what I should talk about, and I asked if it could just be some Q&A.
So, this video seems to be missing the very beginning where I say "are you ready to talk about permaculture with a speaker that knows English?"
The first question (and the question is not recorded) has something to do with how can a person earn a professional wage with permaculture.
I talk about how I hope farmers can make more money with permaculture than with chem ag.
I describe what I call "The Tesla Roadster Effect" where a product is thought to be inferior due to regulations, not by what the product can actually do.
I'm asked about what are the differences between the permaculture bigs. I spell out how I'm the duke of permaculture, Geoff Lawton is the Crown Prince, Bill Mollison is the King and Sepp Holzer is the Dalai Lama. I then talk about being a "salty dog" and share that part of Sepp Holzer's video where the translator says "the government doesn't understand."
I talk about how if you have knowledge of permaculture, your job changes from a "have to" to "want to".
I talk about how kickstarter is a perfect rude gesture to banks.
I talk about how some permaculture people are shying away from the word "permaculture". Including Sepp Holzer and Darren Doherty. I then expand on how serious farmers are of the position "I'm not going to make more money by blowing rainbows out my ass."
I point out my thing about "If you take away the chem ag subsidy and the organic ag penalty, the consumer will pay four times more for chem ag food than organic at the grocery store." And then address the word "organic" being managed by the government.
I talk about Joel Salatin's efforts with regulators. Including his idea of posting signs around his property that say "trespassers will be impressed." And then he struggles with regulators for three days due to a woman seeing cows standing next to a fence.
I talk about innovation under the watchful eye of the public vs. innovation in private.
I'm asked "what is a wofati".
I'm asked about "permission vs. forgiveness" - especially with respect to ponds.
I'm asked about my position on Earthships. I talk about Jack Spirko's position about pounding dirt in a tire. I also share how I once loved the the idea of earthships and then the earthships I have seen.

Join our daily-ish email newsletter for links to the best threads on permies.com, info about new events, and over 37 free documentaries, plans, ebooks, and more! 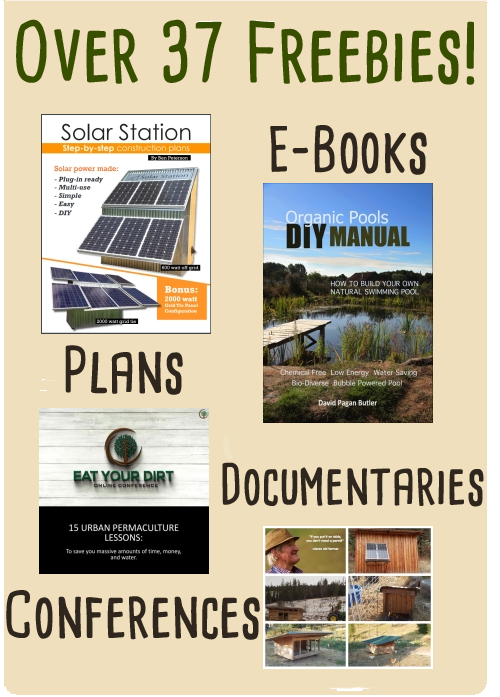